Our Team of Professional Hunters 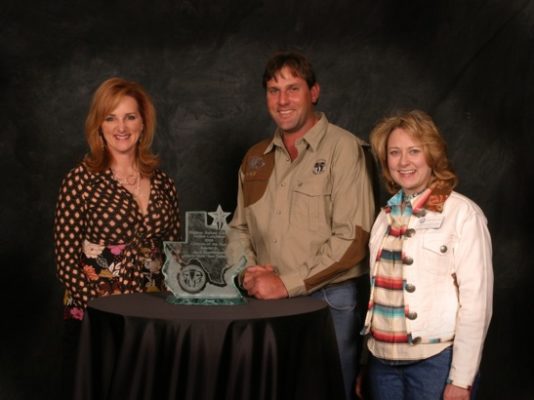 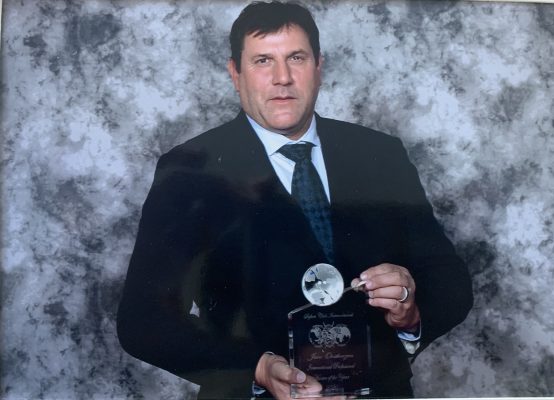 Jaco Oosthuizen was born June 6,1973 in a town called Tsumeb in the northern part of Namibia. (Southwest Africa) He grew up in the war stricken northern part of Namibia on a cattle ranch, east of the Etosha National Park, during a time when Namibian ranchers/ farmers were heavily terrorised by political motivated criminal elements.  In this environment he learned very soon to acquire a calm and relaxed approach in any intense, but also potentially exciting situation.  Jaco finally finished his high school in the former Western-Transvaal from where he went on to become a very successful professional hunter and businessman.

He believes in high performance levels based on adrenaline rushes, but he is also a person who firmly believes in his Creator, God Almighty. He also realizes his own weaknesses which is a direct result of the immense respect he pays to every person he meets.

He doesn’t settle easily for second place, and knows how to compensate and multi task in an effective manner in order to provide his clients with unsurpassed satisfaction no matter what! A positive mindset is inherently part of Jaco as he will do his very best to “carry you on his hands”, within reason, assisting you in achieving your goals hunting wise.

He will always offer you the total experience. He understands his clients’ needs and pledges to do his utmost to fulfill your expectations. With more than 2000 collective days of dangerous game hunting, you are guaranteed to be in very safe hands, a peoples person who will guide you through the rough days and the easy days, but a hunter who will never lose out of sight his God-given purpose of being in the bush: to live for nature and to take care of it!

He is one of only a very few PH’s who not only owns and outfits his own companies in the various countries he hunts, but also holding his own licenses in these respective countries which he believes puts him in a very unique situation. He prides himself in offering every hunter the opportunity to experience authentic hunting adventures while on Safari. He has hunted in world famous safari areas such as the Selous Game Reserve, Rungwa Game Reserve, Moyowosi / Kigosi Game Reserve, Masailand in Northern Tanzania, Cameroon (Savanna & forest), Northern Namibia (including Kaokoveld and Zambesi Region), South Africa: Limpopo, Kwazulu-Natal, Eastern Cape as well as  Botswana & Zimbabwe, amongst others.

Free Range hunting is his trade mark; demanding client satisfaction by means of a combination of luxury traditional African hunting safari experiences and ethical take off of older male specimens, managing wildlife populations while having his clients enjoy old Africa under the best possible circumstances in the modern-day context; …having them live the African Legacy! 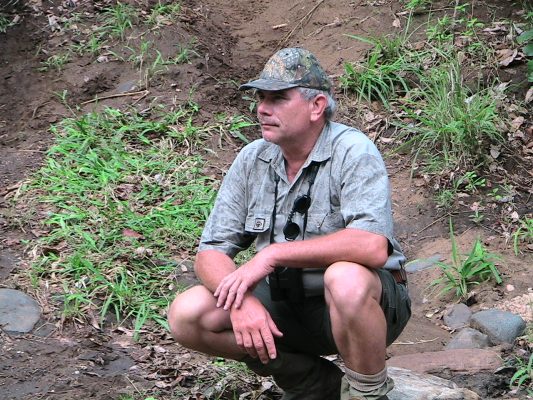 Piet was born on September 3, 1961, in a town called Tsumeb, in the northern part of Namibia (Southwest Africa). He grew up on a cattle ranch adjacent to the Etosha National Park during a time when Namibian ranchers / farmers were heavily terrorized by political motivated criminal elements. This situation called for special adaption to circumstances and the environment.  Piet completed his secondary education at Etosha Secondary School in Tsumeb and attended the University of the Freestate where he obtained a BCom degree.

Hunting was always a passion from childhood days and whilst persuading a successful career in finance, he continued to be involved in sustainable conservation activities.  Since 2009, he managed in excess of 340 000 Acres of conservation land in South Africa for a Corporate hosting a variety of species including the Big 5. He operated for the past 10 years as a part time Outfitter and Professional Hunter until recently when he joined the Game Trackers Africa Team

“The key to success is not how you fall, it is how you get up” – this require persistence, a positive attitude and a will to succeed – never die, the same is required for successful safaris.

His motto is to ensure client satisfaction through an ultimate safari experience, making memories and stories beyond the task at hand, most importantly building new and lasting relations and friendships.

Most importantly, we need to enjoy our privilege to hunt with respect to nature in a responsible and sustainable way, always knowing that our Creator has tasked us to be custodians of his creation. 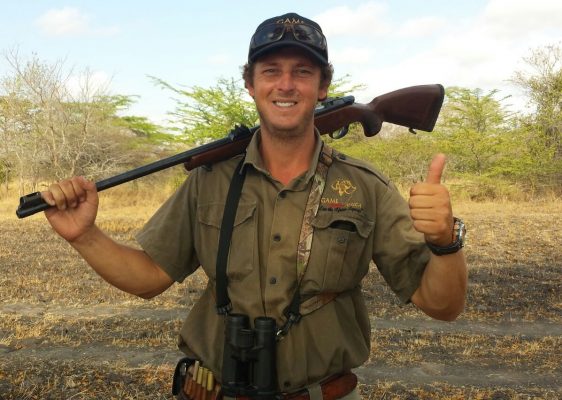 Professional Hunter JP van Wyngaard grew up in South Africa were he started hunting with his father at an early age. During his studies at the University of North West he started guiding.   After completing his studies he qualified as Professional Hunter in 2008. He then moved on to Tanzania were he gained extensive experience in dangerous game and anti-poaching.
In 2011 he completed his studies as a fully licensed Game Ranger and Field guide in South Africa. He has been conducting guided Hunting and Photographic safaris throughout South Africa and Tanzania.
JP joined Game Trackers Africa in 2015 and has guided clients in Tanzania and South Africa on all species available.
With his respect to all animals and knowledge of there habitat as well as his ethical way of hunting we can ensure that he will give you the best experience possible.