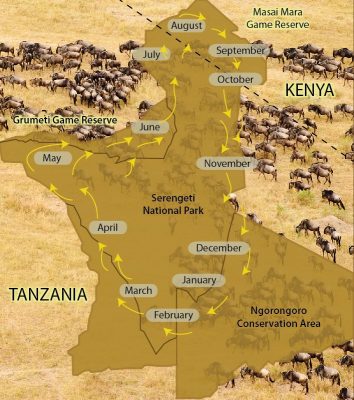 The Serengeti National Park is undoubtedly the best-known wildlife sanctuary in the world, unequalled for its natural beauty and scientific value. It is home to one of the greatest wildlife spectacles on earth – the great migration. Over a million Wildebeest and about 200,000 Zebras flow South from the northern hills to the southern plains for the short rains every October and November, and then swirl West and North after the long rains in April, May and June.

A UNESCO protected World Heritage Site and an International Biosphere Reserve, the Ngorongoro Crater floor is a sheer drop of 610 metres below the crater rim. The sight of the Ngorongoro Crater is simply stunning. It is impossible to give a fair description of the size and beauty of the Crater, for there is nothing with which one can compare it to. The crater floor is home to tens of thousands of plains animals, including Wildebeest, Zebra, Gazelles, Elands, and a large predator population of Lions, Hyena and Jackal which can all be viewed at close quarters. The rare Black Rhino can also be found here. 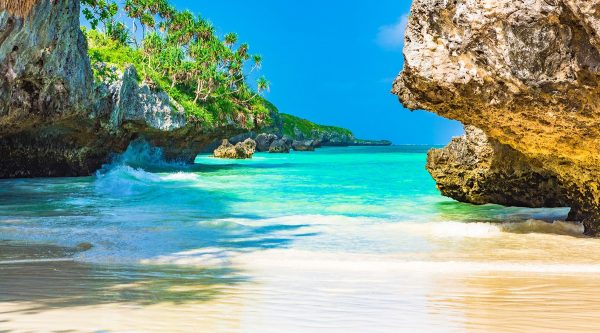 Set like a jewel in tranquil coral waters, only 20 minutes flight from Dar es Salaam, is one of Africa’s most beautiful islands – Zanzibar. Zanzibar’s coastline offers some of the best beaches in the world. The island’s history is indelibly stamped by hundreds of years of trade in spices which has driven and shaped the cultural flavours of the island.

Zanzibar’s architecture, language and religion are a reflection of both the island’s distant and recent past; with the passing dhows that constantly sail along the coastline and the murmurs of the fishermen drifting on the sea breeze, that past is seemingly not so distant.